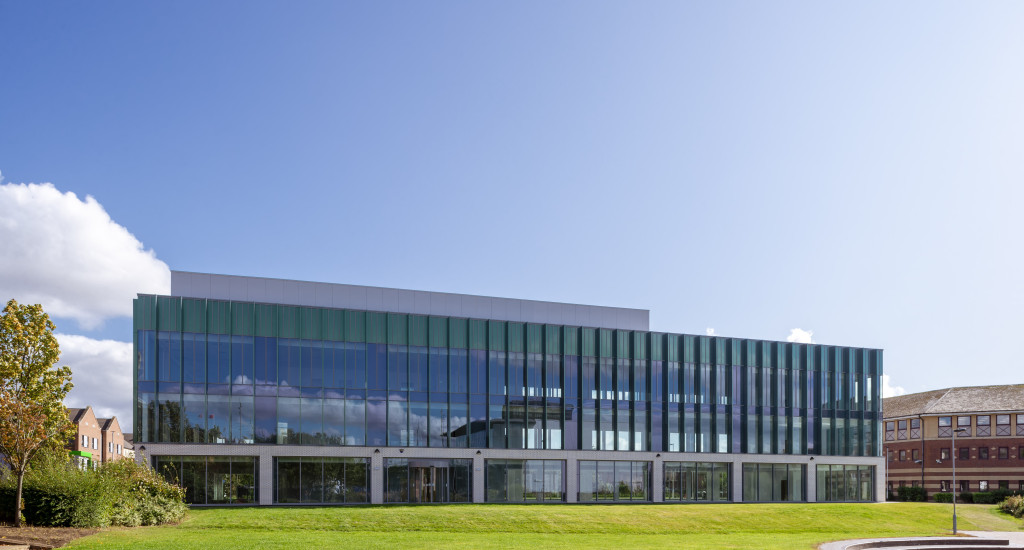 The developer behind Middlesbrough’s flagship Centre Square scheme says it has re-established the town as one of the North’s “key office destinations”.

October saw a spate of announcements confirming that four major businesses were moving into the development’s first two buildings, bringing hundreds of new jobs and securing many more.

But, according to Mark Ashall of Ashall Projects, this was just the start. “What has been achieved in the last few weeks is the result of a combination of inspiration, dedication and hard work by the delivery team including the Mayor, councillors and council officers, the design team, the contractor and the letting agents,” he said.

“However we see this only as the first step towards the ultimate objective – the regeneration of the centre of Middlesbrough and an ongoing boost for the local economy”.

Centre Square was conceived five years ago following a study by the respected think tank - The Centre for Cities - into the Tees Valley economy.  There were two main findings: while more people were employed in higher paying knowledge intensive business jobs in central Middlesbrough than the rest of the Tees Valley, it still underperformed compared to the centres of other city regions such as Leeds.

The study concluded that if the Tees Valley was to attract higher paid jobs, it first had to persuade the right type of employer to provide them in its centre – Middlesbrough. This had to be an attractive place to do business and would become that through a number of measures, including enhancing skills and the provision of high-quality office space.

“It was clear that Middlesbrough needed to change its economic mix and attract businesses,” said Mr Ashall.  Creating quality offices which provided staff with a light and attractive working environment was a key part of this.

“It was also apparent from our own experience at our Middlesbrough business - the Holiday Inn Express hotel - and from talking to companies with local operations, that their staff were hard working, performed well and staff turnover was low.  All great assets for any employer,” he said.

“However we knew that while there was a significant amount of vacant space available, very little of it was of the standard required to attract employers into the area. As a result many potential occupiers were dismissing Middlesbrough as an option for locating their business.”

In partnership with Middlesbrough Council Mr Ashall and his team launched a project to address this problem.  The result was the plan for the Centre Square development, which would provide sufficient high-specification space for 1500 workers who – in turn – would add an estimated extra £66m every year to the local economy.

“It was an ambitious plan, but we had very clear objectives,” said Mr Ashall.  “We wanted to create a 21st century office hub at the very heart of the Tees Valley. This would attract employers providing those all-important knowledge intensive jobs for staff who would work in a really attractive workspace in a great location.  These employers and their staff would also create additional demand for the local supply chain and wider local economy.”

Two Centre Square, a three-storey 34,000 sq ft office building, was the first to be completed.  One Centre Square – which followed two months later has a floor space of 60,000 sq ft over four storeys.

The distinctive buildings have already become popular landmarks in the centre of Middlesbrough and last month, the development was named the Best Commercial Project in the North in the LABC Building Excellence Awards.

The quality of Centre Square has also played a major role in attracting businesses.  A new bank – GBB – announced it was moving its headquarters into Two Centre Square, creating up to 120 jobs.   Its chief executive Steve Deutsch said the building, its location and communication links would help attract new employees.

The XPS Pensions Group is bringing its 90 staff and hopes to create more jobs.  David Watkins, XPS Administration’s Managing Director, said: “The Centre Square development provided us with a modern and environmentally-friendly office, which is essential if we are to continue to attract and retain the high calibre workforce we need.”

Causeway, the global technology company, then announced it was moving into the top floor of One Centre Square and also said it would be taking on more staff.

And, in the last of a flurry of announcements, Firstsource - the business process management services firm – said it had signed a 10-year deal to take three floors of One Centre Square - totalling some 40,000 sq ft, ultimately creating more than 100 new jobs.

One floor of Two Centre Square and 2,000 sq ft on the top floor of One Centre Square are still available but the project team is confident these final spaces will be let in the near future.

Mark Ashall said the confirmation of Centre Square’s first occupiers was satisfying for a number of reasons: “We firmly believed that there would be a demand for high quality space in a central location.  Employers recognise that providing a great working environment brings long-term benefits on staff productivity and retention. The first four occupiers have all acknowledged this. It is also interesting to note that they all do very different things, which shows that Centre Square is attractive across a wide range of business sectors.”

He added: “It has been incredibly satisfying to see how well the council and the design team and contractor have worked together to deliver such a high-quality scheme. This has been a really challenging time for all businesses: first the uncertainty over Brexit and since March the pandemic, lockdown and restrictions.  Despite this we have been able to let over 85% of the available office space in this phase including the largest office letting in Middlesbrough for a quarter of a century.

“Centre Square has re-established Middlesbrough as a key office destination in the North and, crucially, it is providing a platform for future development and investment in the town.”

Middlesbrough Mayor Andy Preston said: “These are tough times, so to have these amazing buildings almost fully occupied is fantastic news for Middlesbrough.

“It’s a massive vote of confidence in Middlesbrough and the vision we have for the town as a thriving regional focal point for great working and living opportunities.

“None of this has happened by accident – it’s the culmination of a huge amount of ambition and hard work by councillors, officers and all our partners.

“And it’s just the start - Centre Square will play a key role in taking to the town centre on to new levels that will benefit whole community and the wider economy for years to come.”